by The Daily Buzz Team
in Science, World
8 min read

Olga Ladyzhenskaya – Mathematics holds a significant position in our life. It has the ability of enhances problem-solving skills as well as analytical thinking.

In this regard, we would like to mention that Olga AleksandrovnaLadyzhenskaya was the most famous mathematician of her time.

She is the inspiring role model of the present generation mathematicians. Her life highlights the story of breaking barriers and overcoming the obstacles for the fulfillment of dreams. 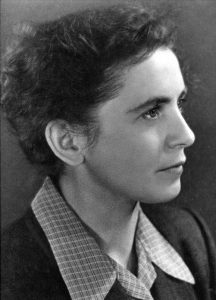 She belongs to Russia who became a pioneer in overcoming personal tragedy and obstacles. Her efforts made her the great mathematician of her generation.

#A highlight on Olga Ladyzhenskaya

Ladyzhenskaya born and brought up in Kologriv. Her father was a mathematics teacher. He had always encouraged her with inspiration and love of mathematics.

In 1939, Ladyzhenskaya had completed high school. She was fortunate enough than her older sisters to pursue education. Since she wasn’t allowed to get admission in Leningrad State University due to her father’s status, she attended a pedagogical institute. Finally, she took admission to Moscow State University in 1943. She completed her graduation in 1947.

She received her Ph.D. when later she was admitted to Leningrad State University. Later on, she received a second doctorate from Moscow State University( 1953). In 1954, she started with her interest in mathematics by joining the mathematical physics laboratory of the Steklov Institute. In 1961, she became the head of the institute.

Besides mathematics, she took an interest in arts and storytelling. She was a member of the city council, presented her philanthropic efforts, and repeatedly took her career to the heights. Ladyzhenskaya was suffering from various eye problems in her later years. Before she could make her trip to Florida, she passed away on January 12, 2004.

#What gave an interest to Olga in taking mathematics

She chose to problems from the papers:

The first was to find the least restrictive conditions on the behavior of parabolic equations. The paper was based on the uniqueness theorem for the Cauchy problem. 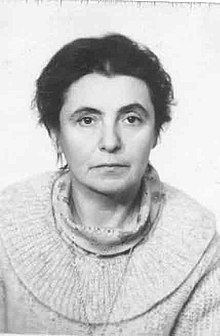 The second was the hyperbolic equation that includes the construction of convergent different schemes based on the Cauchy problem. It also includes initial-boundary problems.

#Excellence in her academics

After completion of graduation in 1947, Olga moved to Leningrad due to the family circumstances to become a postgraduate at the Leningrad State University.

There she started with her long-standing friendship with Smirnov and became the in-charge of several branches of mathematics, hydrodynamics, seismology, and aerodynamics. These studies motivated her towards the Equations of Mathematical Physics.

In that year, she married Andrei Kiselev who was the specialist in the number theory and history of mathematics.

She did not take children because she wanted to devote her life to mathematics. In 1949, Olga defended the dissertation of her doctoral based on finite differences methods for Linear and linear systems.

In this regard, she gave many efforts to prove the solubility of the boundary as well as initial boundary-based problems. Later on, Olga started with the mission of preparing for a diploma thesis on the problems that were suggested by Petrovsky.

Her first book was published in 1953. The book is “Mixed Problems for a Hyperbolic Equation”. The book contains knowledge about the finite difference method for proving theoretical results.

It is mainly based on the solvability of initial boundary-value problems. The foundation is general second-order hyperbolic equations.

In 1954, she became a teacher at the Leningrad State University and initially practiced as a researcher at the Steklov Mathematical Institute of the Academy of Sciences, USSR. Later on, she excelled with the equations of elasticity, the Schrödinger equation, Maxwell’s equations, and the linearized Navier-Stokes equations.

In 1961, another book was published “The Mathematical Theory of Viscous Incompressible Flow”. This book proved to be an outstanding success.

Olga and Nina Ural’tseva jointly wrote many papers for devoting to the investigation of quasilinear elliptic as well as parabolic equations of the second order.

The implication of these papers was that the mid-1950s Olga and her students started marking advances in the field of boundary-value problems for quasilinear elliptic – parabolic equations. 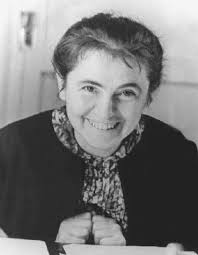 The researchers could be fruitful in delivering a complete theory about the solvability of boundary-value problems. It also includes the uniformly parabolic as well as uniformly quasilinear elliptic second-order equations. The papers also gave way to the smoothness of generalized solutions.

What’s most fascinating about her work is that one result was successful enough in yielding the solution of Hilbert’s 19th problem.

She wrote around 250 papers in her life for which she had achieved recognition.

The recognition mostly centred around solving partial differential equations (based on Hilbert’s nineteenth problem) as well as fluid dynamics. She was first to give the rigorous proofs of the convergence of Navier–Stokes equations finite difference method.

This section will give you the compiled information about the numerous awards and achievements in Ladyzhenskaya’s life.

From 1961 to 1991 – Head of the Laboratory of Mathematical Physics, the Steklov Mathematical Institute of the Academy of Sciences, USSR.

13 May 2002- doctorate from the University of Bonn. Besides, she has also received the Golden Lomonosov Medal, the Ioffe Medal, and the St Petersburg University Medal( 2003).

On 7 March 2019 was the 97th birth anniversary of Ladyzhenskaya. To pay homage to her contributions in the field of mathematics, the search engine Google laid an official release of the Google Doodle commemorating her. There was an accompanying comment that read about the Doodle celebration of the birth anniversary of Olga Ladyzhenskaya. It had mentioned the contributions of the Russian mathematician who triumphed over personal tragedy as well as huge obstacles to become influential thinkers of her generation. 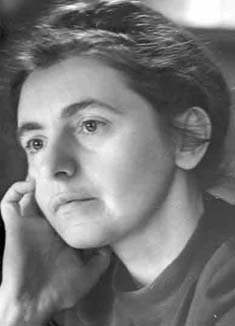 In fact, the reports suggest that AleksandrIvanovichLadyzhenskii, Ladyzhenskaya’s father was the major inspiration behind his daughter. He was the only one who had kickstarted Olga’s interest in mathematics. He had tried his best to overcome prejudices of the society and inspire his daughter in getting educated.

Ladyzhenskii passes away in October 1937, when Olga was only 15. He had suffered a tragic death in a Soviet torture chamber. All this happened because the Stalinist authorities had treated him. The proof of this record is the mathematics history archive, University of St Andrews, Scotland.

She was a successful woman of her time who could secure a graduate degree from secondary school with excellent grades. But, the lesser-known fact is that Ladyzhenskaya was kept away from enrolling at Leningrad State University. It was a tragic part of her life where she had to constantly suffer the consequences of her father being considered an “enemy of the nation”.

Breaking all obstacles, Olga taught at an orphanage. Then she proceeded further in teaching at a secondary school. After the completion of her tenure in this school, she entered Moscow State University in 1943.

Throughout her life, Olga had to face political disturbances prevailing in the nation that hindered her devotion towards mathematics. It was a great obstacle in her research. She completed the thesis in 1951 but it could not be published until 1953( after the death of Joseph Stalin).

When the communist rule of the country came to an end in 1989, Olga along with the other Russian mathematician’s friends got the freedom of travelling. Till that Olga could not manage at any cost to venture beyond Eastern Europe. She could attend only the international Congress of mathematicians in Edinburgh.

She couldn’t even attend any event until 1988 when she was under the Soviet regime. It meant like Olga was unable to even meet another prominent scientist for the years. Those scientists were also not allowed to visit the union.

Olga had made her valuable contributions to fluid dynamics. The research continuously maintaining its impact on cardiovascular science, oceanography, aerodynamics, and weather forecasting to the present day. Dr. Marshall Slemrod, the mathematician at the University of Wisconsin that he was the premier worker on the Russian side. He also mentioned that if one wishes to go ahead with weather forecasting, that Candidate should solve the exact equations that were set by Olga.

Olga Ladyzhenskaya was living under an oppressive regime. But, Ladyzhenskaya wasn’t ever shy from expressing her opinions. She couldn’t ever deter away from social matters. She was also under risk of personal safety as per the reports of the University of St Andrews.

She was a lover of the arts. So, she went forward with the idea of actively involved in St Petersburg.

Later on, the Ladyzhenskaya became friends with the famous poetess Anna Akhmatova.

The reputation of Olga became an independent spirit as per the Dr. Peter D Lax, New York University. He was the first one to report that Olga was always a rebel. This is the reason behind her becoming the prey to the politics of the Soviet government.

Other facts about Olga Ladyzhenskaya

She was always dedicated to the field of mathematics but it was becoming difficult for her to live in Russia as an intellectual during that time it happened especially because she descended from the nobility.

Ladyzhenskaya is always recognized for her innovative work related to the Navier-Stokes equation. It basically deals with the idea of the motion of viscous fluids.

Olga’s reputation as an independent spirit became prominent when she started sharing her friendship with Aleksandr Solzhenitsyn. He was the author and dissident. Olga was always a nature lover. She loved spending time watching animals, mushrooms, flowers, to name a few.

She also loved watching squirrels climb trees and feeding seagulls. Besides everything else, she was an enthusiastic traveller. Her prominence of deep religious beliefs made her amazing when she loved storytelling and sharing stories with friends.

Her empathy towards others made her become active against injustice and the misfortunes that tormented others.  she had devoted lots of her time to helping the lonely and the destitute. As a member of the city council of people’s deputies, she had assisted mathematicians to get free accommodation.

Olga also openly expressed views related to social matter and her situations during the political regime. When she was at the University, she had given maximum time to refining her mathematics skill there. She was awarded the Stalin stipend and the ration card without which she couldn’t survive. It was there was started working on her algebra, partial differential equations, and number theory.

Later on, she became interested in partial differential equations. She rose to become a talented student at the university level. At any cost, the authorities wouldn’t allow her to miss out on the compulsory lectures.

When it became the end of the fourth year, she organized a youth seminar for studying the theory of partial differential equations and persuaded a student to go with her for getting a chair to the seminar. After attending the sessions of the seminar, she also started expressing more opinions on the topic.

Finally, we have reached to the concluding portion of the biography. We’ve covered most of the information related to Olga AleksandrovnaLadyzhenskaya. The present generation mathematics enthusiasts regard her contributions to the field of mathematics.