by The Daily Buzz Team
in Entertainment, Lifestyle
2 min read

Her name is Lulu, the therapy dog trained to help grieving family members and friends.

In times of tragedy, we could all use a friend to get us through the worst of it. And at a certain New York funeral home, Lulu, the in-house therapy dog, is happy to lend you her services. Lulu, the service dog, is doing wonders to help mourners cope during their time of loss as she is trained to show affection towards those who are grieving. Most impressive of all, she can even position herself into a “praying” stance. The Director of Ballard-Durand Funeral and Cremation Services, Matthew Fiorillo (45), says that the idea for an in-house therapy dog first came to him during a chance encounter with a service dog. Fiorillo was once angry over a canceled flight; a stranger’s dog approached him at the airport terminal and was able to comfort him.

A wave of calmness washed over me and after it happened I was like, wow, that was really powerful! I started researching the benefits of having a dog around and ways to implement it in the funeral home.

Fiorillo says that Lulu has helped tremendously and considers her “part of the staff.” Mourners will even request her presence at funerary services. 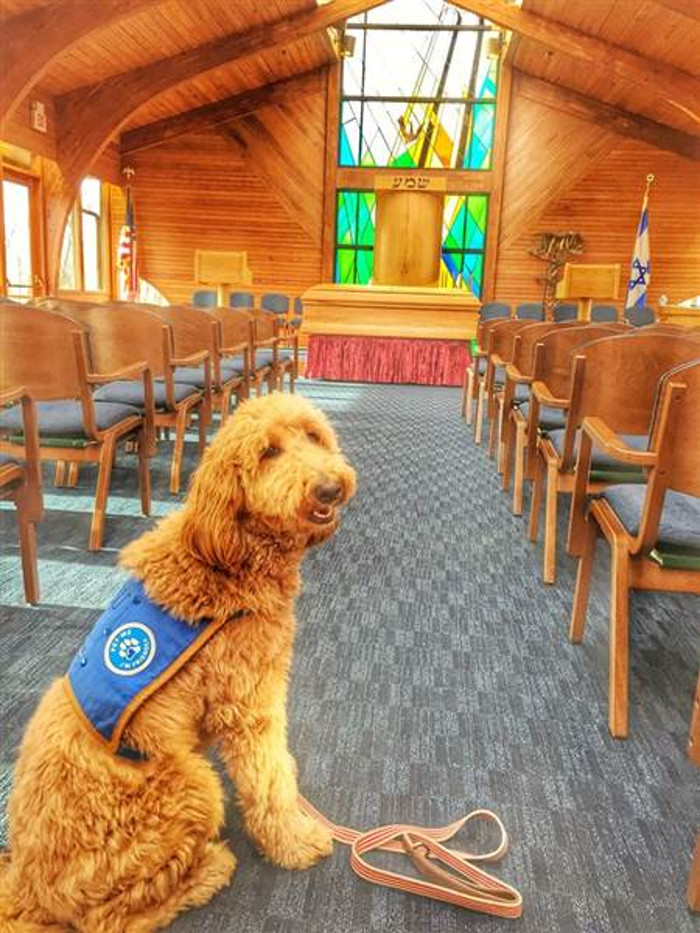 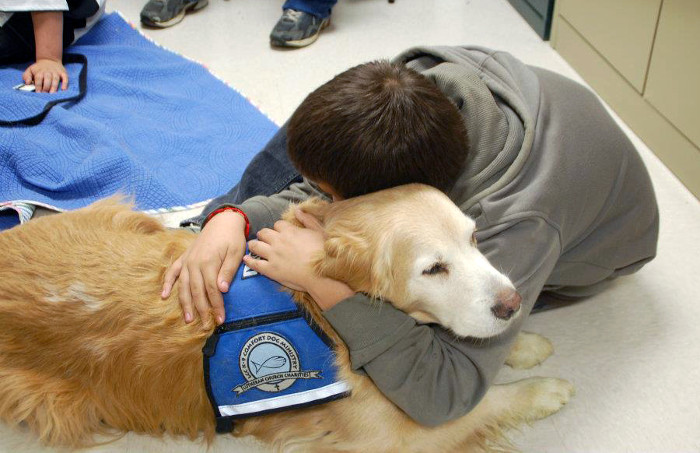 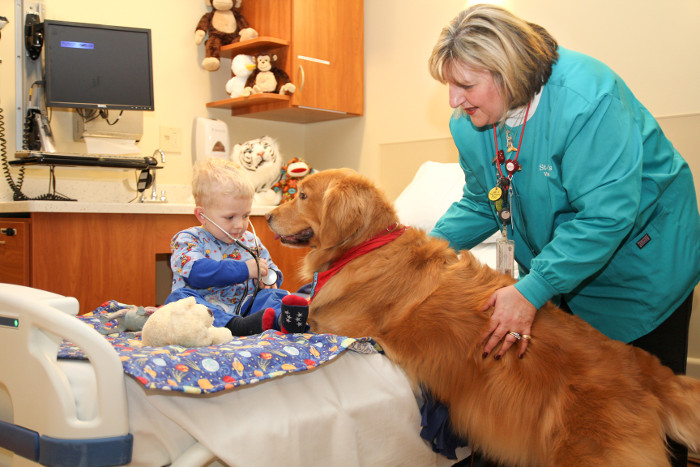 Lulu is part of a greater legacy. Initially trained for mobility assistance, service dogs have dramatically diversified. Though many dogs are used specifically for aiding people with physical disabilities, therapy dogs are increasing in number and can be used to target extremely specific mental needs. Many therapy dogs are trained to recognize and react to certain behaviors such as cuddling an owner during a panic attack or even interrupting and preventing an owner from self-harm. Lulu, likewise, knows these emotional cues.

“She’s developed an uncanny knack for knowing who needs her,” Fiorillo said. “She’ll park herself right next to an older person to let them pet her one minute and the next she’s prancing around with kids. It’s been really impressive to watch.”

Researchers have demonstrated that pets such as dogs release oxytocin, a chemical essential to emotional well-being and social bonding when interacting with humans. During periods of trauma, we needoxytocin to bring down our stress levels which in abundance can have long-term negative impacts on both the brain and the body. This is why our canine friends––like Lulu––can help during times of tragedy.