The Internet Is Having A Hard Time Solving This “Falling Dish” Puzzle. Can You?

by The Daily Buzz Team
in Finance
2 min read

Forget the dress! Let go of the painted legs! The internet’s newest puzzle craze, the “Falling Dish” puzzle, is what was titled as “a cupboard that can never be opened.”

The photo was first posted in a Taiwan-based Facebook community called Baoliao Commune by a user named Tseng Shao-Tsen.

Not even a week later and the “puzzle” has made it to America and around the world where everyone is taking a crack at trying to rescue those dishes without destroying them.

Below you will find the top answers I’ve found so far from our side of the world.

Do you have a better solution? Have at it, and let us know in the comments.

Personally, I would just open the damn cupboard and deal with whatever happened. But I’m impatient and that’s how I roll, okay? 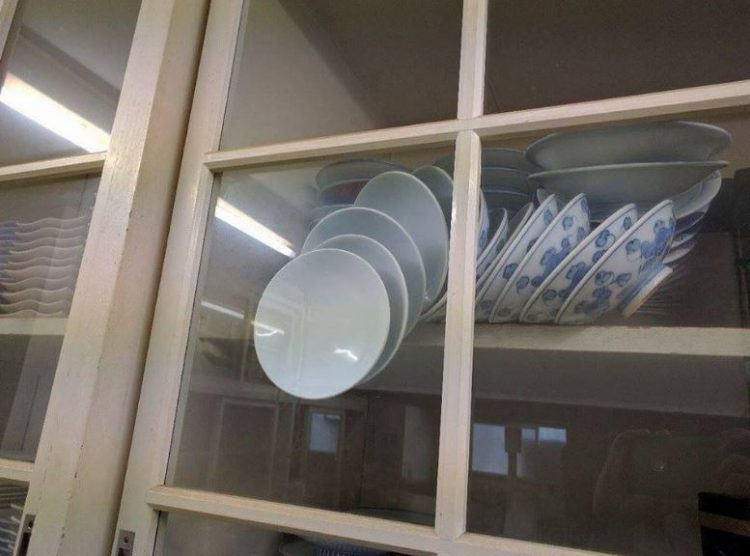 “Smash the glass on the right.”

“Try switching it off.”

“Declare it to be a problem of the next generation.”

“Duct tape would fix any problem.”

Oh, Internet. I would criticize you for wasting your time trying to solve a problem involving trapped ceramics that you’ll never actually see, but I’m just glad our news has accommodated just a little bit more than what we’ve been focusing on the past nine or so days.