Trump is urging supporters to “do your part and fight back against the media’s attacks and deceptions.”

After a recent press conference where he used the announcement of a new labor secretary nominee into a rant about the media, he initiated the “Mainstream Media Accountability Survey.” 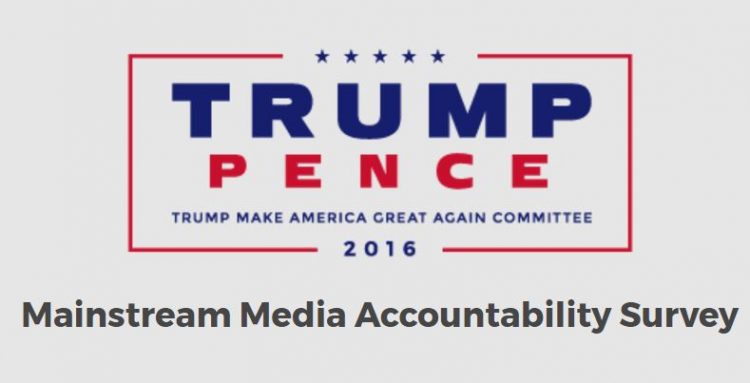 The survey, which was sent to everyone already on his campaign list, addresses his ‘friends’ saying, “You know that I don’t trust the media to report on anything we achieve. Instead, you — the American people — are our last line of defense against the media’s hit jobs.”

What follows is a series of questions to affirm how the media, or what Steve Bannon refers to as the “opposition party,” constantly hurls insults at the president.

The questions are constructed in a way so that Trump’s claim of constantly being in the line of fire and portrayed falsely by a brazen media gives him the validation he needs for his ego.

Trump starts off the survey first by asking, “Do you believe that the mainstream media has reported unfairly on our movement?” and asks respondents whether they “trust” CNN, Fox News, MSNBC.

Take a look at the following questions from the Mainstream Media Accountability Survey from the Trump Make America Great Again Committee.